In mandolin class we will learn a variety of tunes, and we will use these tunes to learn some important concepts (fingerboard layouts, ornaments and slurs, technical challenges and their solutions, doublestops) and will also learn and practice some valuable music theory.

My goal as a teacher to demystify the art of playing the mandolin, and to make simple the process of practice and improvement on the instrument.

The workshop is open from 5 participants. 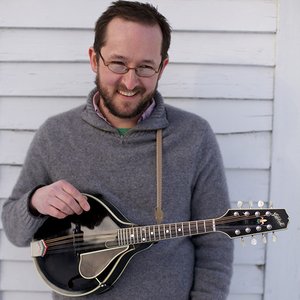 He’s toured with countless artists, collaborated with other master musicians like Darol anger and the Gibson Brothers, founded progressive stringband Joy Kills sorrow in the early 2000s, and is currently on faculty at the prestigious Berklee College of Music.

His new album, Borderland, is an exercise in subtlety and careful creation. Turning through songs he wrote, or setting the words of Yeats to music, and picking out instrumental tunes of his own creation, Walsh plays and sings with the kind of ease that comes from years of practice and creation.

The touch of sawdust in his vocals, or the buzz of the mandolin strings may hint at the deep rural roots of this music, but what he’s creating now is a new kind of tradition. His first inspiration came as a teenager when he heard David Grisman, and then again when first hearing Del McCoury. The music he heard at that young age opened a window to new harmonic possibilities, and started Walsh exploring how to create new American roots music.